Arsenal will look to keep their 100% winning record when they take on Bournemouth at the Vitality Stadium in the English Premier League. The Gunners have started the season with two wins, and Mikel Arteta’s men look like a team to beat this season. The hosts won their opening fixture on their return to the English top division but suffered a loss in the previous match against the defending champions, Manchester City.

After winning the first game 2-0 against Aston Villa, the Cherries went down 0-4 against Manchester City. Scott Parker’s men haven’t created a lot of attacking threats in these two matches and average only 0.48 xG per match.

Arsenal have scored six goals in the opening two fixtures with an average xG rate of 1.87. Gabriel Jesus registered his first goal for Arsenal in the English Premier League. The Gunners have played on the front foot in both matches, and their new signings have settled well into the team.

Let us look at three tactical points according to the data that we could observe from this upcoming fixture.

Arsenal will be the more attacking team, and the players are likely to remain on the front foot for this match. They averaged 25 positional attacks in the last two matches and have attempted 15 shots with these positional attacks. Gabriel Martinelli and Bukayo Saka are the main attacking threats on the flanks, with Martin Ødegaard creating threats from the centre. 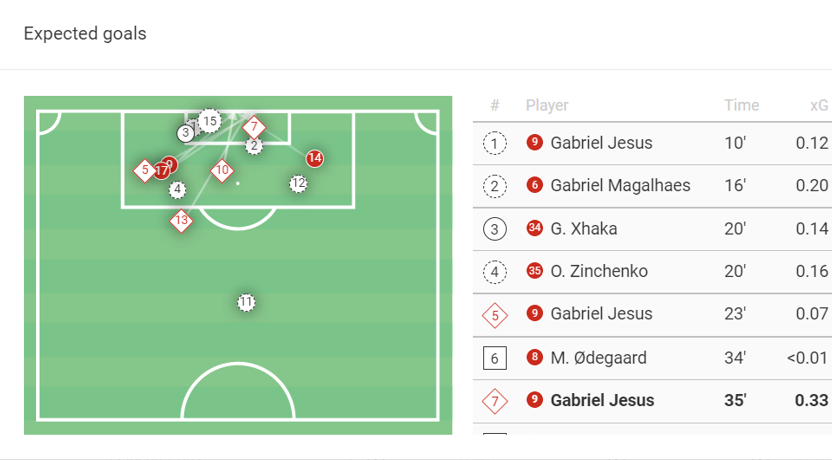 The Gunners have attempted 26 shots this season and hit the target nine times. In the last match, Arsenal attempted 17 shots, with 13 attempts coming from inside the penalty box. They attacked more from the left side in the previous match and will remain on the front foot in this game. 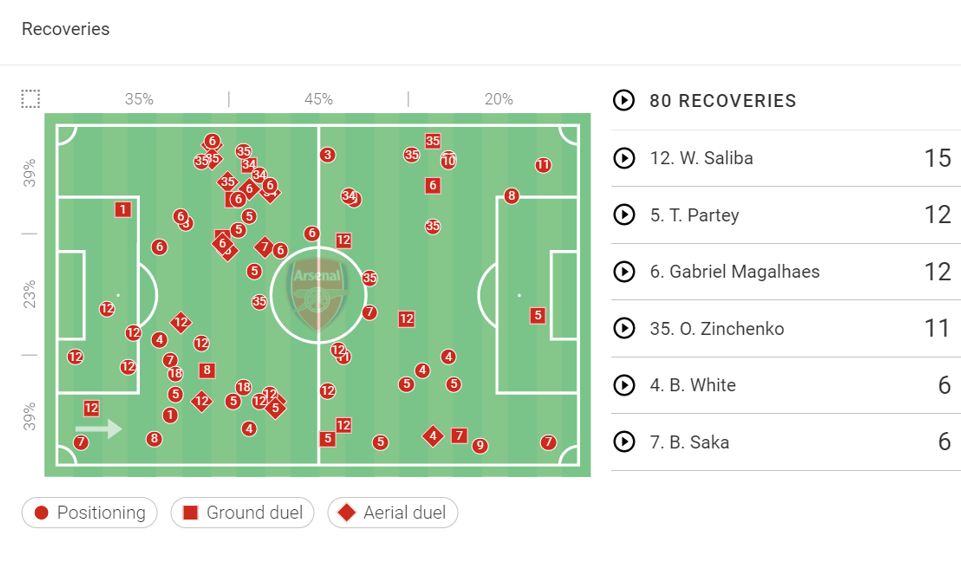 The reason behind Arsenal’s high success rate is their ability to win the ball in crucial areas. In the last two games, Arteta’s men have made 174 recoveries. 75 of those came in the defensive third, 68 in the middle third, and 31 in the attacking third. The above viz shows that most of the recoveries were made on the left side due to a high attacking line played on that side. 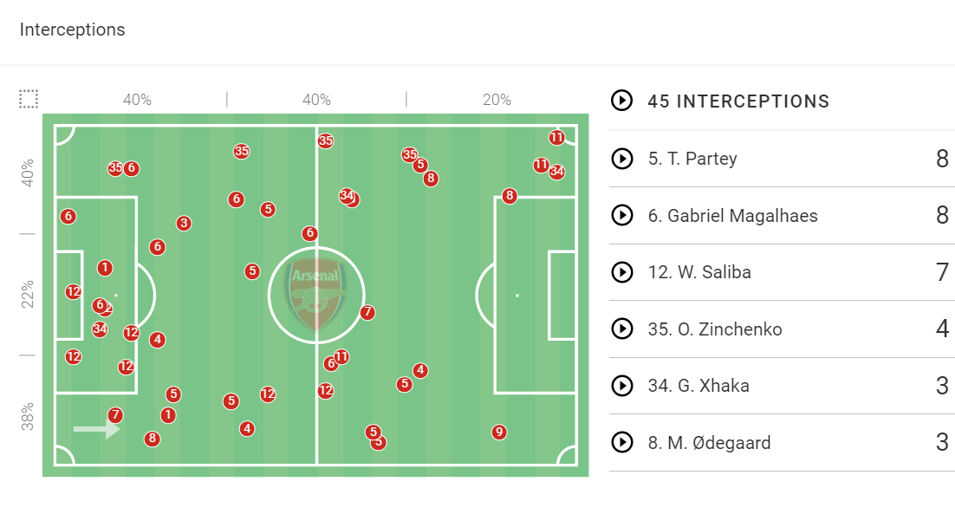 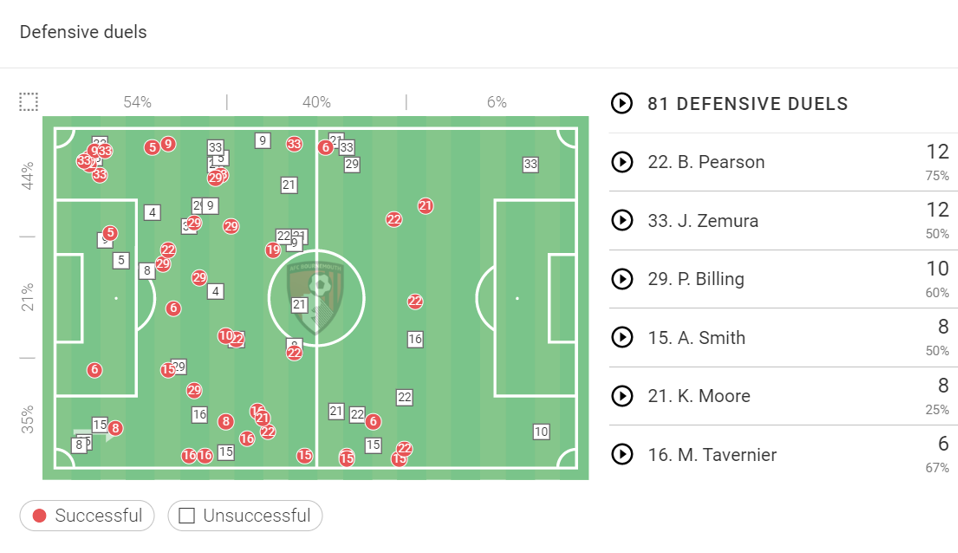 Bournemouth defended well against Aston Villa and kept a clean sheet. This task was near impossible against Manchester City. The Cherries will need to bring back the form from the opening fixture to stop Arsenal’s attack. They average 70 defensive duels with a 52% winning rate. The above viz shows that Bournemouth have won most of their defensive duels on the flanks. This means that the Gunners’ attackers could have a tough day in the office. Parker’s men will have to stay on their toes to stop Arsenal’s attacking wave in this match.

Arteta will line up the same players who helped his side earn maximum points in two games. There are no new injury concerns in the team, and the manager won’t disturb the rhythm of the team.

Arsenal will look to earn their third victory in a row when they face Bournemouth. The Gunners lost their opening three fixtures of last season, and that cost them a place in the UEFA Champions League. This season, they have made a perfect start and are the only team, along with Manchester City, to keep a 100% record in the league. Bournemouth will look to upset the Gunners and earn their second victory of the season.

Manchester United vs Arsenal Preview: 3 things to look out for...