Arsenal’s 100% start to the English Premier League 2022/23 season ended after a 1-3 loss against Manchester United. Antony scored the opener in the first half for the home team. Bukayo Saka equalised in the second half, but the goal wasn’t enough as Marcus Rashford scored a brace to take three points away from the Gunners.

Which Manchester United player won the highest number of offensive duels? How many shots were attempted by Arsenal? 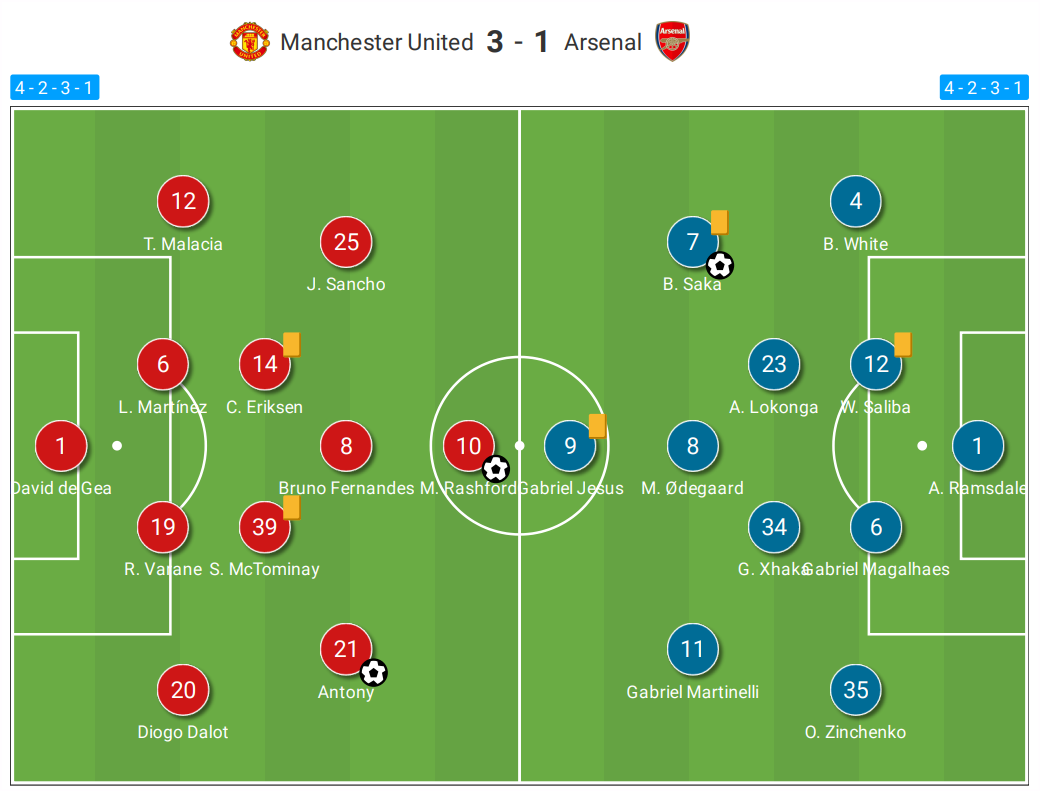