Arsenal suffered their third consecutive defeat after losing 1-0 to Southampton in the English Premier League. The Gunners have dropped out of the UEFA Champions League places and are struggling to find form towards the end of the season.

Who won the highest number of defensive duels for Southampton? How many positional attacks were created by Arsenal? 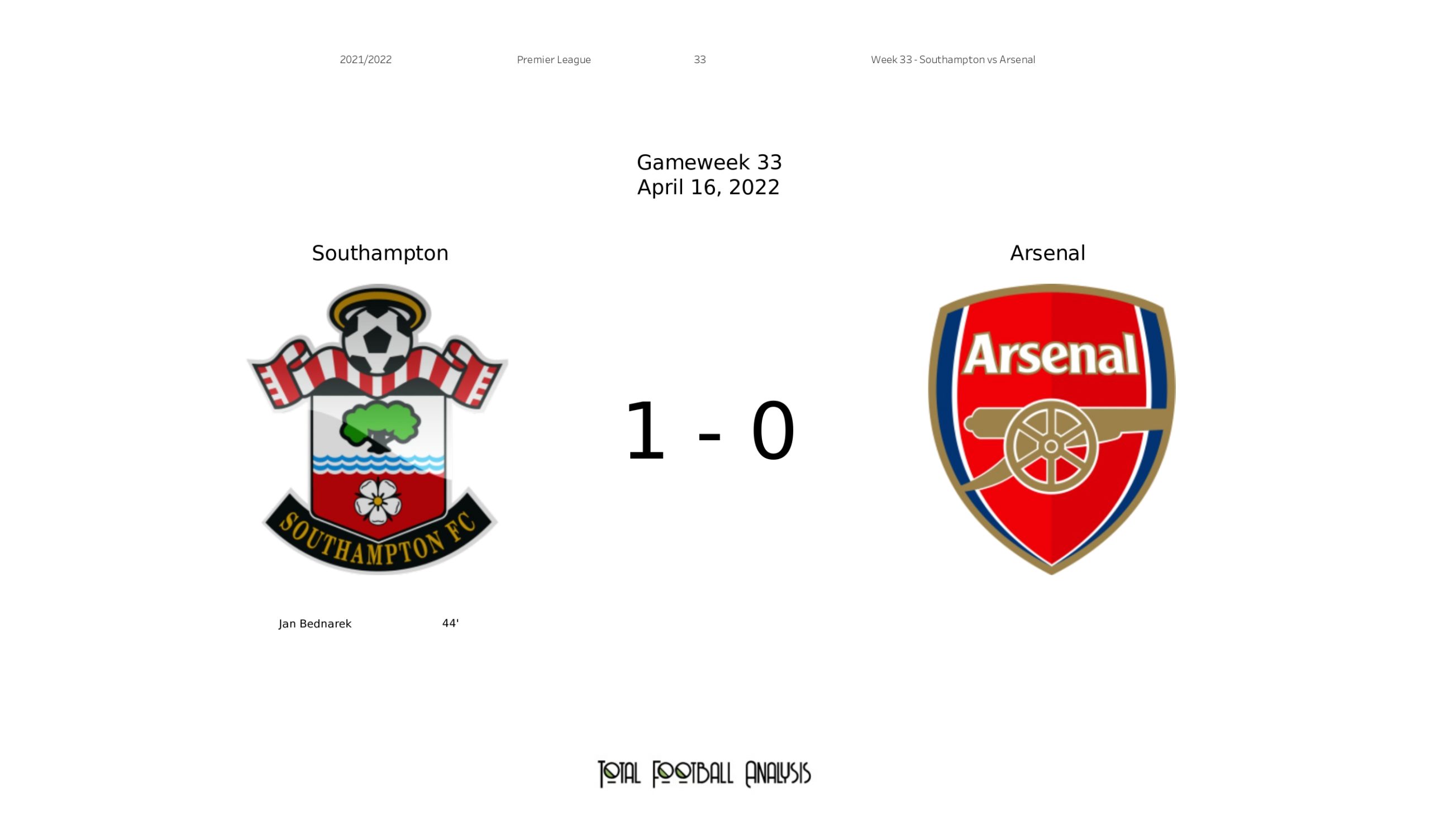