Arsenal travel to the Vicarage Road and face Watford in Round 28 of the English Premier League. The two teams played out a goalless draw in the reverse fixture in January. Mikel Arteta’s men are in red-hot form and have won their last three league games. They are just below the UEFA Champions League qualification positions but have a few games in hand over their opponents. Watford, on the other hand, played out a goalless draw against Manchester United at Old Trafford. The Hornets are in the relegation zone and have lost the most matches in the league, alongside Norwich City. 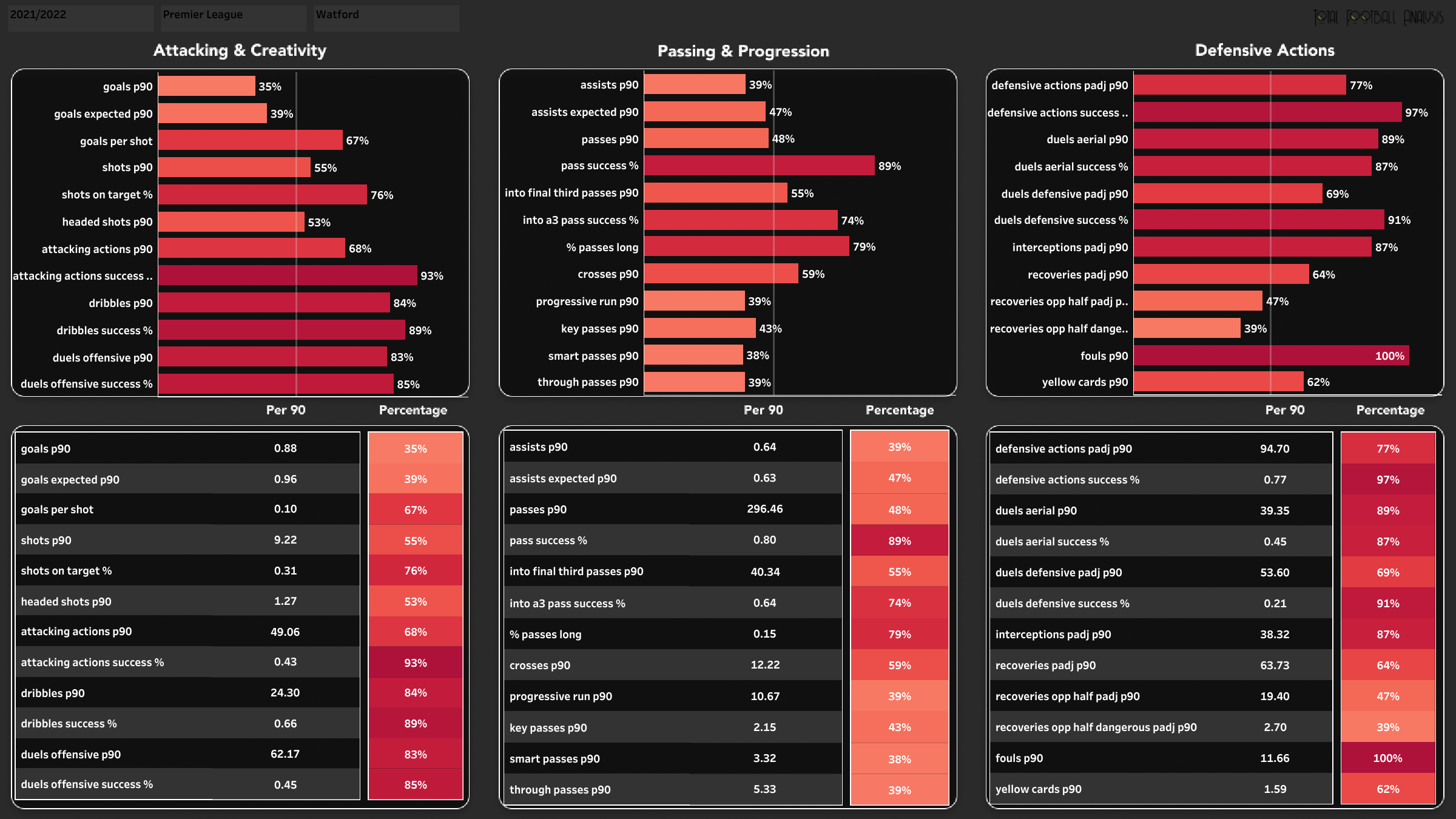 Watford have won five, drawn four, and lost 17 matches this season. They have managed to score 25 goals with a low xG rate of 27.09. The defense has been leaky, and the Hornets have conceded 47 goals, an average of 1.66 goals per 90 minutes. When looking at the above chart, the general rule is that the longer the bar, the better the performance — you can see the league average in the middle, and the % is the percentile rank the player is in. In the attacking and creativity charts, we can observe that the dribbling and offensive duels contested have been on the higher side. The Hornets have struggled to keep the ball and have a lower percentile rank. Defensively, Watford players are strong in the air and have made a lot of interceptions. However, the discipline is less, and they have given the highest number of fouls this season. 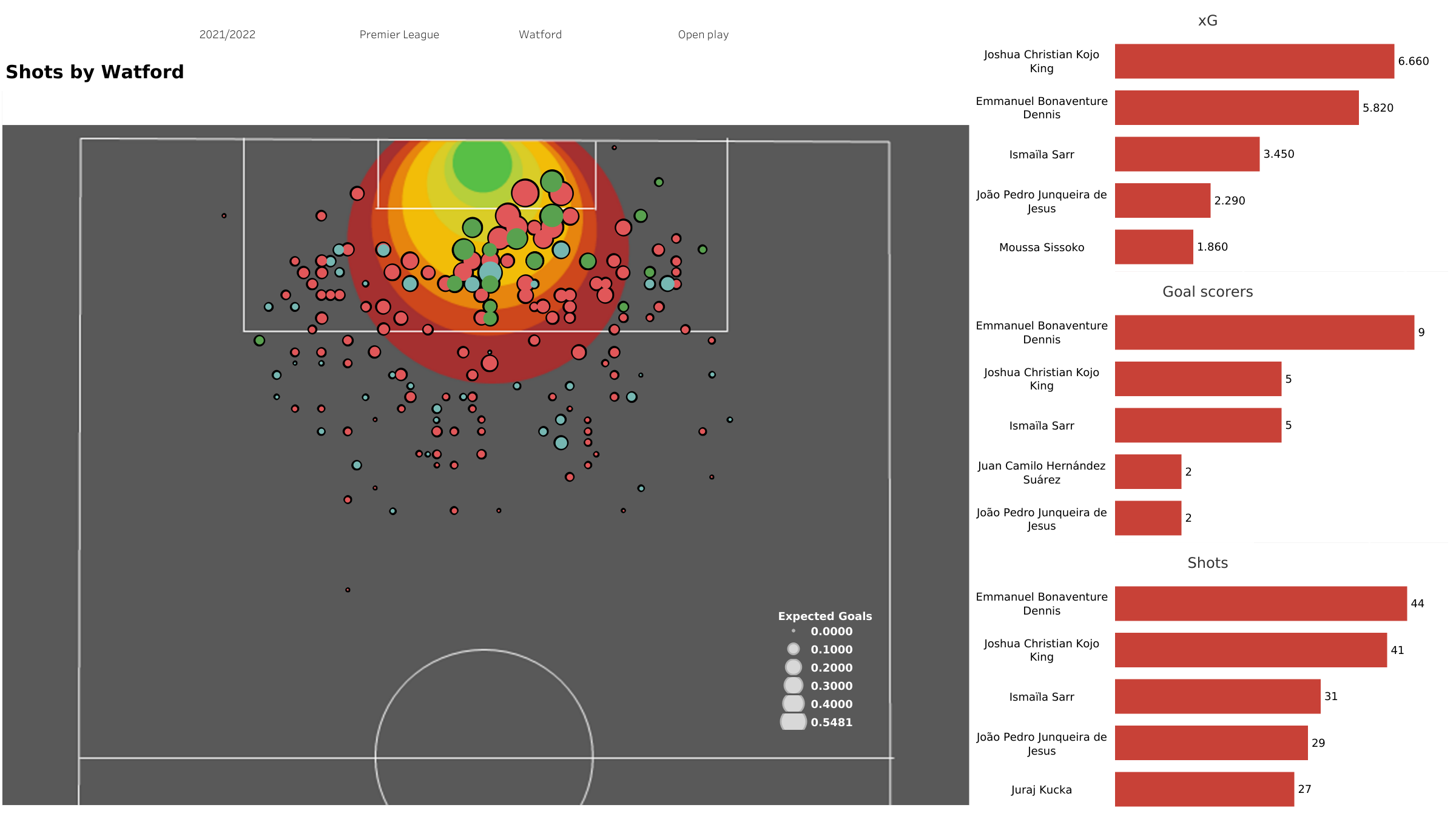 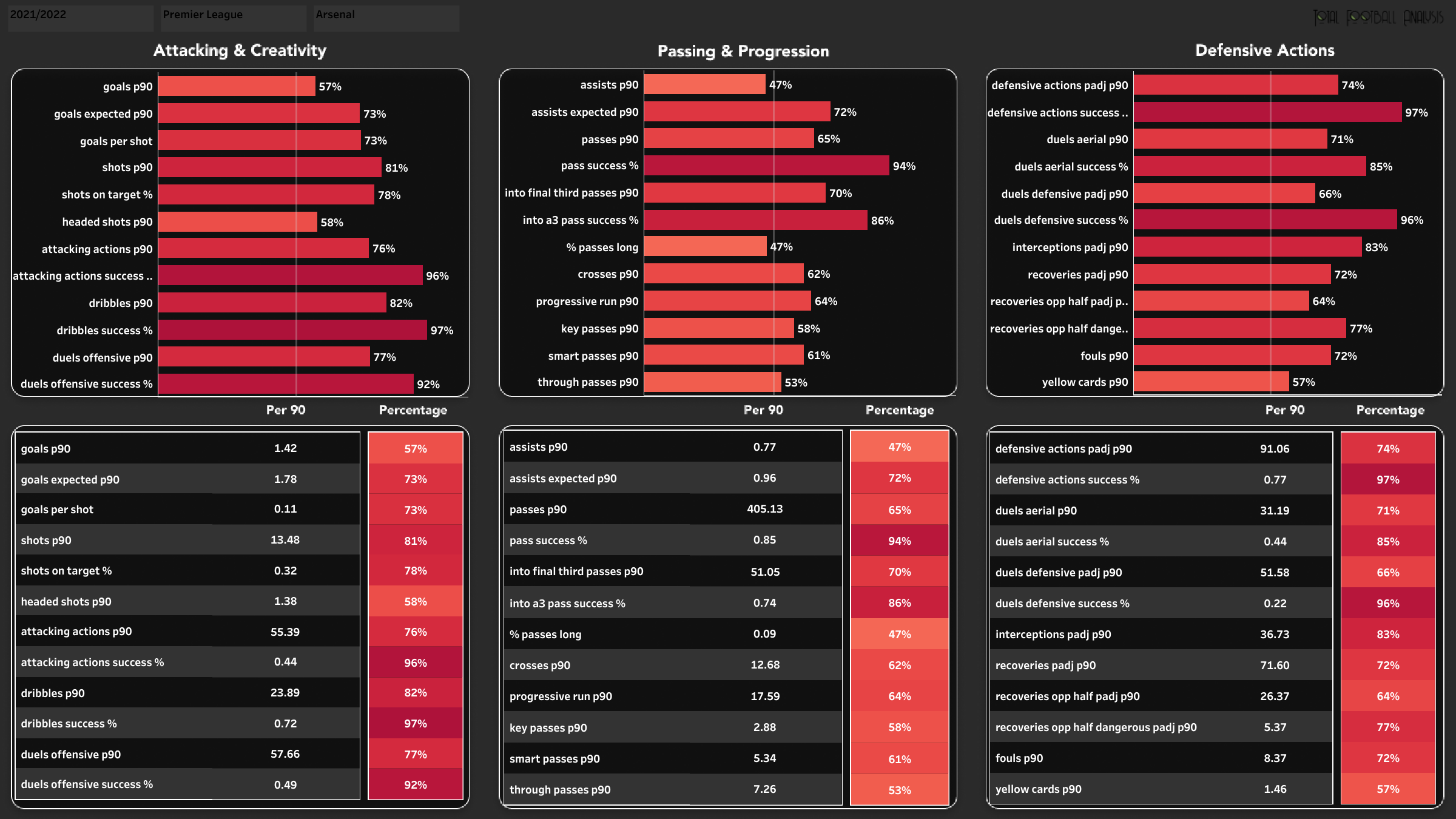 Mikel Arteta’s men have won 14 and lost seven of their 24 games in the English Premier League. They have scored 38 goals, with the third-highest xG rate of 46.24. In return, the Gunners have conceded 27 goals with an xGA of 32.65. Like their opponents, Arsenal also have a high dribbling success rate, along with a high offensive duels win percentage. Defensively, they have contested more duels than the average and have a high win percentage. 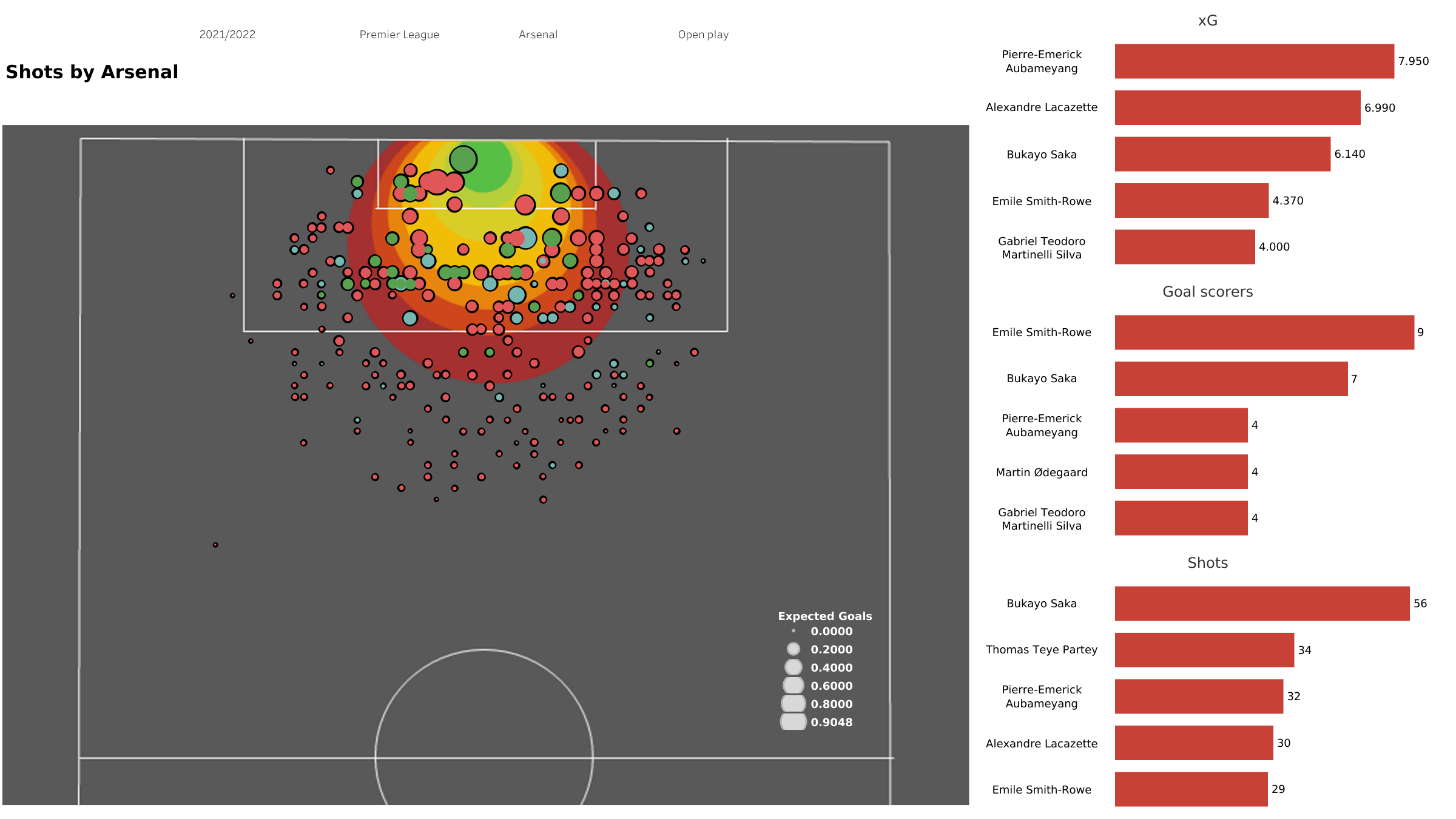 Arsenal have attempted 351 shots and average 13.5 shots per 90 minutes. Of these 351 shots, 210 have been attempted from inside the opposition’s penalty box, and 84 have been on target. From the above viz., we can observe that Arsenal players also like to work the ball into the opposition’s penalty box and score a goal. The Gunners are one of the lowest crossers of the ball in the league.

Arsenal will carry the momentum into this game and will look for three points against struggling opponents. Arsenal’s youngsters have been the main threat creators. Watford will be high on confidence after their draw against Manchester United and will look for points to ensure their survival in the Premier League.

Stats Pack: Arsenal beaten at away by Brentford