Arsenal extended their winning streak to three matches after a 2-1 victory over London rivals West Ham United in the English Premier League. This win has boosted the Gunners’ chances of qualifying for the UEFA Champions League next season.

How many shots were attempted from inside the opposition’s penalty box by West Ham United? What were the xT creation zones for Arsenal? 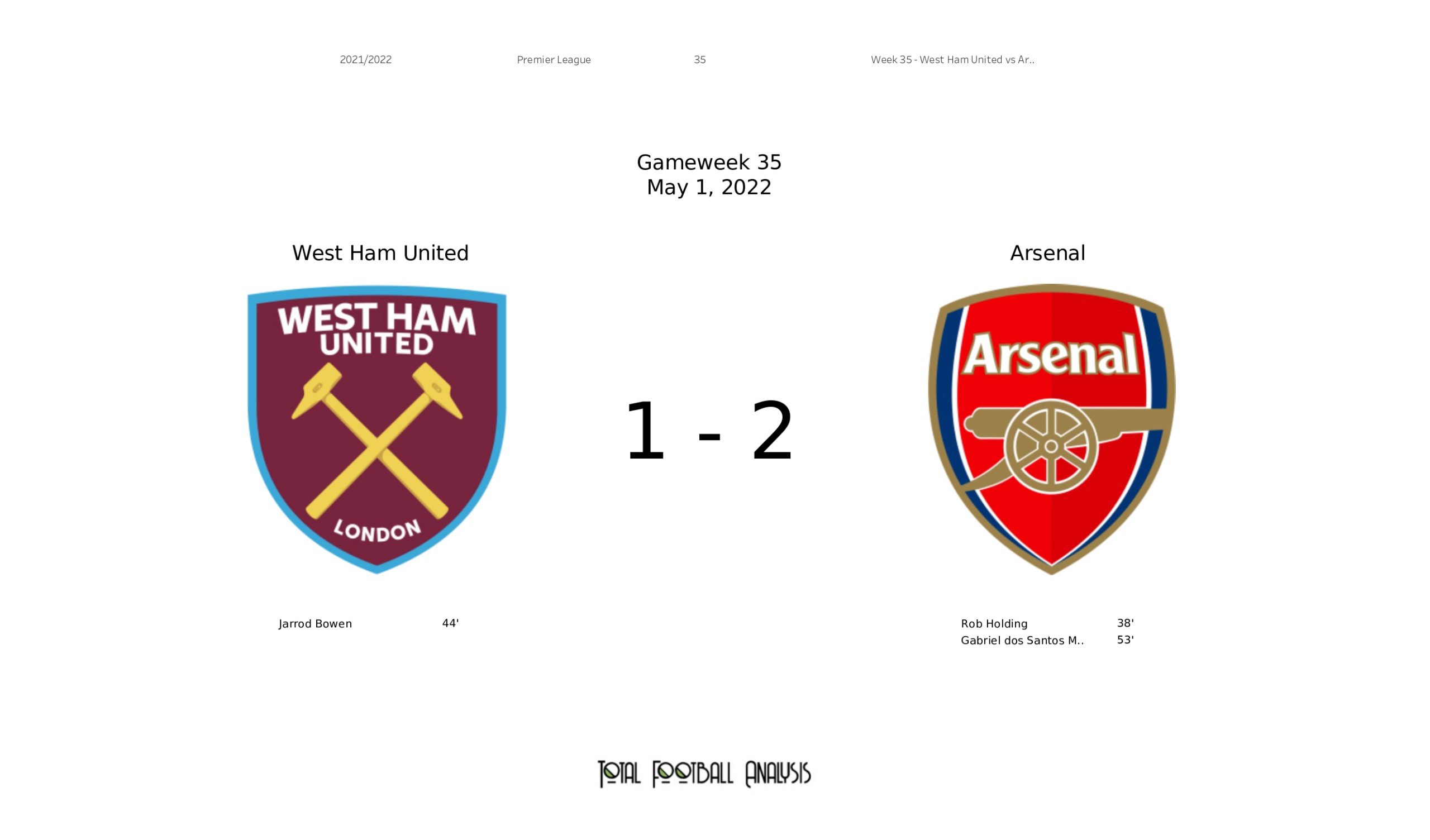 Under the microscope: Gabriel and Saliba – The new defensive pairing...