Arsenal will play their second game of the European campaign when they host Bodo Glimt in the UEFA Europa League. The Gunners have only played one match in the competition and saw their second match get postponed. Bodo Glimt, on the other hand, is unbeaten in the competition and is leading Group A. The winner of this match will have the chance to go to the top of the table.

The Gunners started their UEFA Europa League campaign with a 2-1 victory over FC Zurich. Mikel Arteta’s men ended the match with an xG rate of 2.82 and an xGA rate of 1.48.

Bodo Glimt drew 1-1 with PSV on the first weekend before winning 2-1 against FC Zurich the following week. They sit at the top of the table with an average xG rate of 2.06 and an xGA rate of 1.54.

We now look at some of the threats that could predict the outcome of the match. 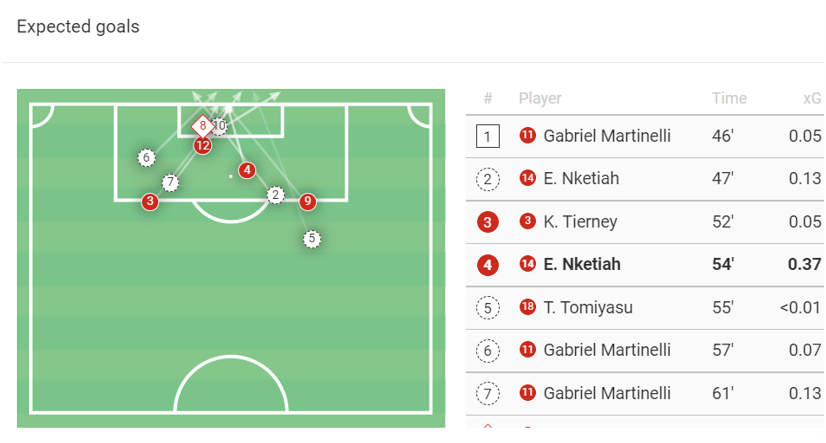 In their first match, Arsenal stayed on the attack. They kept 71.5% of the ball possession and attempted 618 passes, with an accuracy rate of 90.13%. Arsenal were more productive in the second half than in the first. Mikel Arteta made a few changes to the team, and it took them some time to adjust to the new manager. They attempted 18 shots in the match, and 12 came in the second half. They began the second half with six shot attempts inside the opening 15-minutes. This shows that Mikel Arteta likes to see his team on the attack throughout the match. 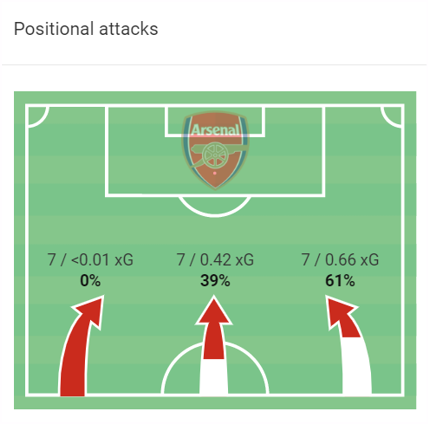 Adding to their second-half display, the Gunners created 21 positional attacks. Overall, they managed 38 attacks in the match. Arsenal will look to continue their good run of form and stay on the attack. 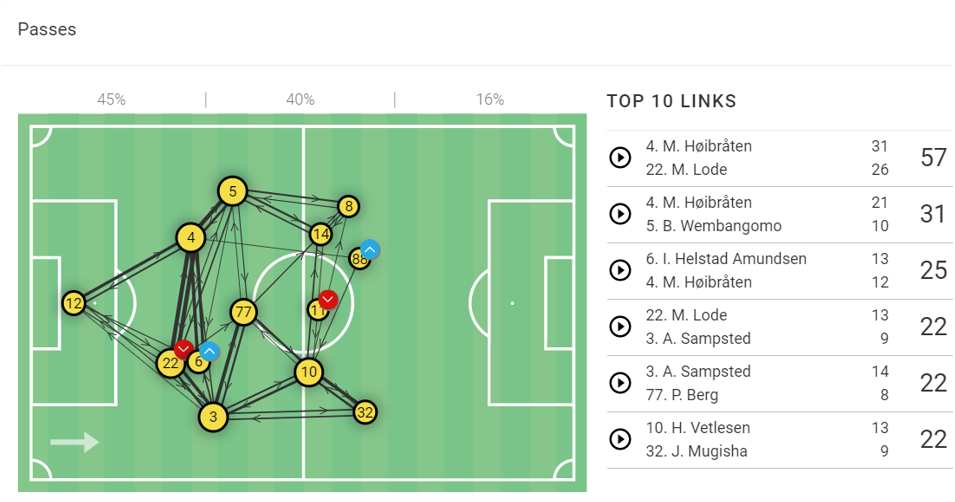 Bodo Glimt also kept more than 50% of possession in both games and played in a 4-3-3 formation. The above viz shows the average position of the team against PSV. They played a very defensive line against the Dutch side, and we can expect the same tactics in this match. One of the midfielders plays in the holding role while the other two have the freedom to join the attack. 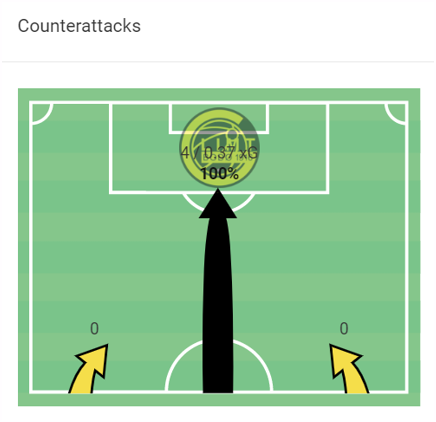 Bodo Glimt likes to create their attacks from the centre. In their last two matches, most of the attacks have been created from the centre. They also average five counterattacks per match and will look to hit Arsenal on the break. The Gunners are likely to play with a holding midfielder to stop these attacks. The visitors also average 25.5 positional attacks and 13 shots. They will create a few chances against the Gunners. 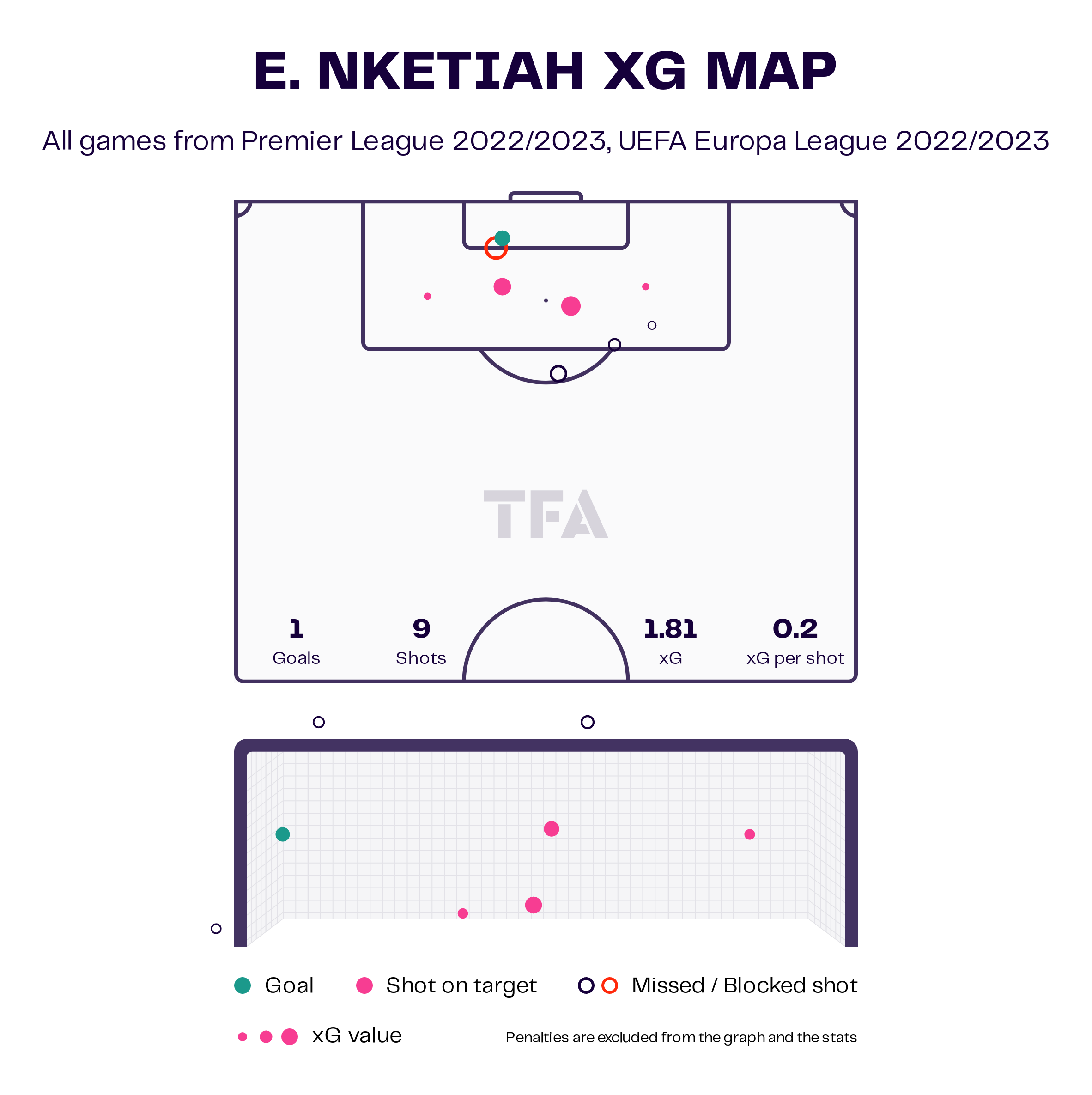 Eddie Nketiah scored in his first start for Arsenal this season. That start came in the last Europa League match. He will once again play a key role in Arsenal’s success in this match. 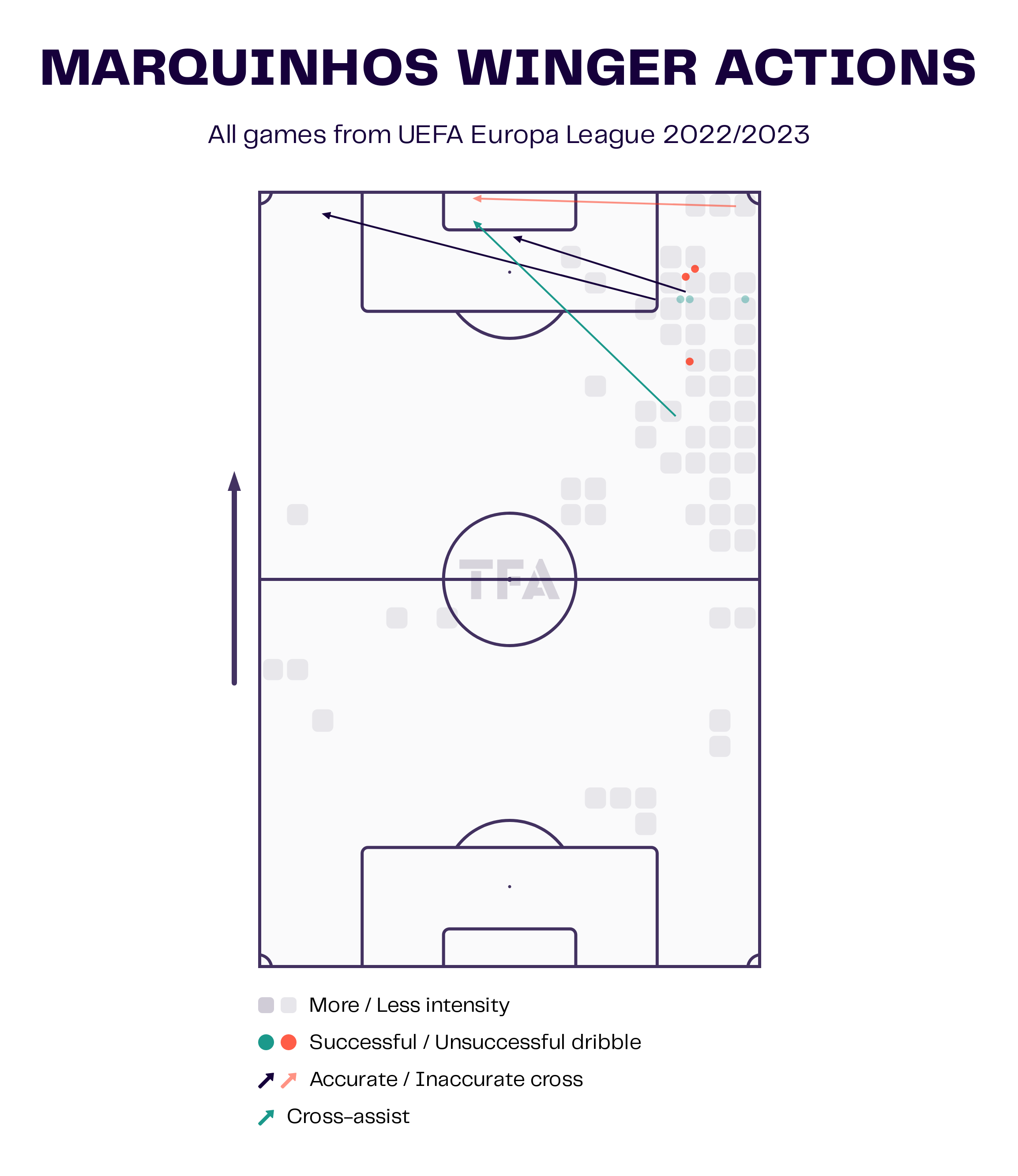 Marquinhos marked his Arsenal debut with a goal and an assist. The winger is a new addition to the team and will be looking to impress the manager. Marquinhos can bend a shot and can also deliver crosses into dangerous areas. He will lead the charge ahead of  Bukayo Saka.

Mikel Arteta will rest his key players to keep them fresh for their match against Liverpool. The likes of Fabio Vieira, Eddie Nketiah and Marquinhos are likely to lead the attack. There could be a few changes on the defensive side as well.

Sondre Fet will be the only absentee for the visitors.

Arsenal will aim for their second victory in the competition when they host Bodo Glimt. They are on a good run of form and will look to take that momentum into their weekend fixture against Liverpool. Both teams have performed well so far, and Bodo Glimt will be eyeing at least a point from this match.

Saka’s performance is labelled as “world-class” by van Persie